The blockchain is a public ledger of transactions, recording all the data on it in blocks. In order to add new information to this distributed network, an individual must solve complex cryptographic puzzles and be rewarded with crypto currency tokens as they complete these tasks. By utilizing decentralized technology like the blockchain and tokenization, clear benefits can be attained from a business standpoint that are nearly impossible without such features.- 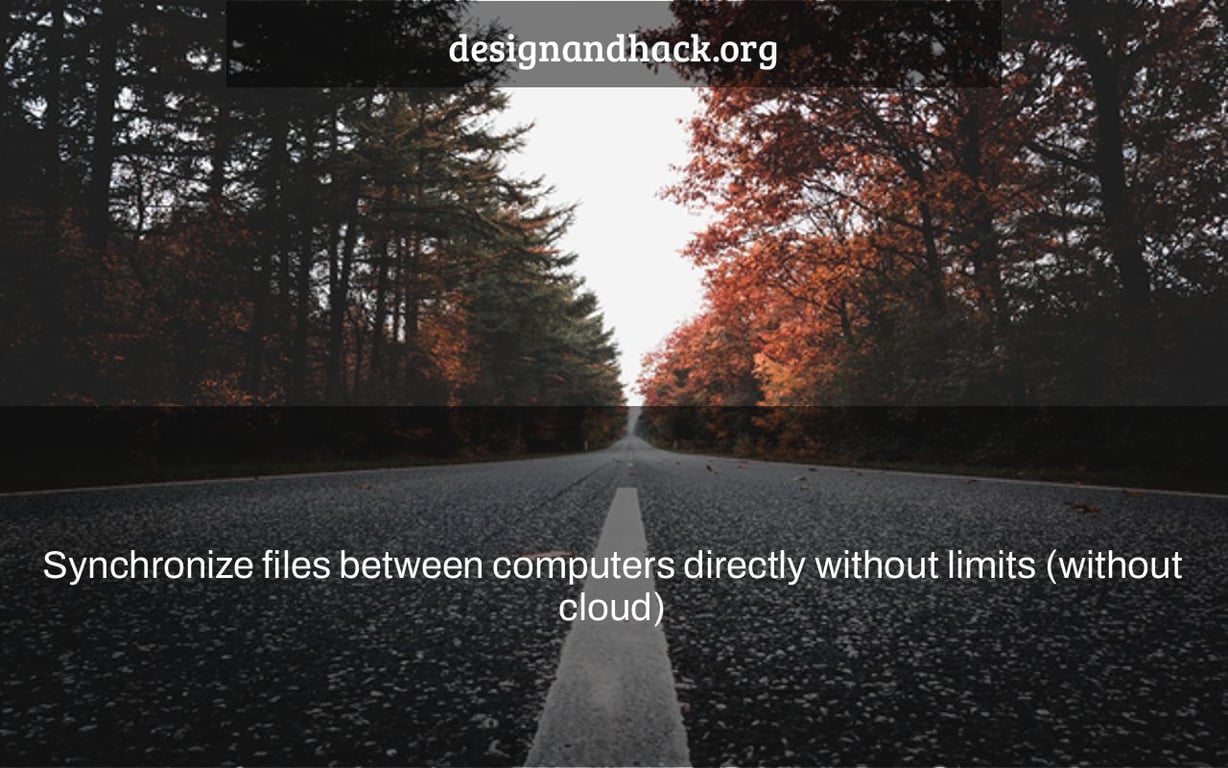 There are numerous techniques to synchronize files across several computers so that each machine has access to the same data storage. Programs that link to an online storage cloud provider allow for synchronization. All of these services have one thing in common: synchronized data are first posted to the internet on a company-managed cloud server.

This creates privacy concerns and renders the service reliant on an Internet connection: we won’t be able to synchronize without it. In this post, we’ll look at how to synchronize data without utilizing the cloud or the Internet, resulting in real synchronization across PCs on the same LAN network.

Before we can synchronize two folders on two separate devices on the same network, we must ensure that at least one of the two folders is visible on the network—that is, the selected folder must be made public. The network folder may be made visible via the Windows folder sharing mechanism, which we covered in depth in our Windows folder sharing article. To summarize, it is required that:

Now that the shared folder is visible, we can use one of the tools we’ll look at in the next chapters to synchronize it.

The first program that we can use for synchronizing files and folders is FreeFileSync.

With FreeFileSync we can open the local folder on the left side of the program and the shared folder on the network on the other window and start a synchronization based on the file creation date, the presence or absence of files and other parameters of your choice.

The program also lets you pick your synchronization technique (mirror, one-way, just changes, etc.) and provides a schedule mechanism for synchronization at certain intervals. Those who want continual synchronization may turn on the linked process, which will keep the two folders up to date at all times.

Another very good program for synchronizing folders between two PCs without the cloud is Sync Resilio.

With this application we can synchronize two local folders in a very simple way, indicating the path of the shared folder as the target to be synchronized and choosing one of the folders on the computer as the source to update all files and folders.

Alternatively, we can use Sync Resilio to directly synchronize folders locally, without having to share them personally thanks to an effective P2P direct sharing system (without going through any server); to learn more we can read our guide on how to best use Sync Resilio.

Another very powerful program to synchronize files between computers directly (without going through the cloud) is Syncthing.

With the Syncthing app we can continuously synchronize two folders on the same network, using the shared folder as a goal for sharing and leaving the program in auto-start (necessary to obtain continuous folder synchronization).

Syncthing, like Resilio, has a specialized synchronization mechanism that allows you to synchronize two folders on two separate PCs by simply using the same account on both machines or providing a direct sharing link (which guarantees access to the folder without going through no server, in P2P mode).

We may read our tips on how to set up a personal cloud server and how to easily distribute files from a PC without using the cloud on this application.

The apps we’ve showed you are without a doubt the finest for syncing data across PCs without using cloud services. FreeFileSync is the simplest and most immediate to use and can be easily configured; Resilio and Syncthing offer advanced features for synchronizing multiple folders and also allow you to generate folders to be synchronized without first having to share them on the network (as seen in the chapter dedicated to the prerequisites).

Anyone who does not want to install anything on their computer can synchronize a single folder using a simple and trivial trick: after sharing the folder on the network, access it from the secondary PC, create a shortcut to the folder (to be saved on the desktop or in the personal folder), and save the files to be synchronized directly within it. Obviously, if there is no network connection, the folder will become inaccessible: it is thus recommended to always synchronize the files “truly” and to save a local duplicate of the synchronized files so that you may access them at any time (even without a LAN network).

More information may be found in our tutorial on how to synchronize files across Cloud services to double their size.

The “dropbox smart sync linux” is a tool that allows users to synchronize files between computers directly without limits (without cloud). The tool can be downloaded from the website.

How do you sync files between computers without storing them in the cloud?

A: You can use a free service called CloudSync.

What is the best way to synchronize files between computers?

A: There are many different ways to do this. One way is to use rsync and a remote ssh account on the computer you want to sync with, then make sure that both computers have IP addresses in their local /etc/hosts file or by using an external DNS server such as Googles 8.8.8.8 for windows operating systems

Is there a free version of sync?

A: Synchronization is a paid version of SuperSync, which offers more features than the free version.