The term “soft block” has been in the recent news with regards to Twitter’s new policy on harassment. What is a soft block, and how does it differ from a permanent block? 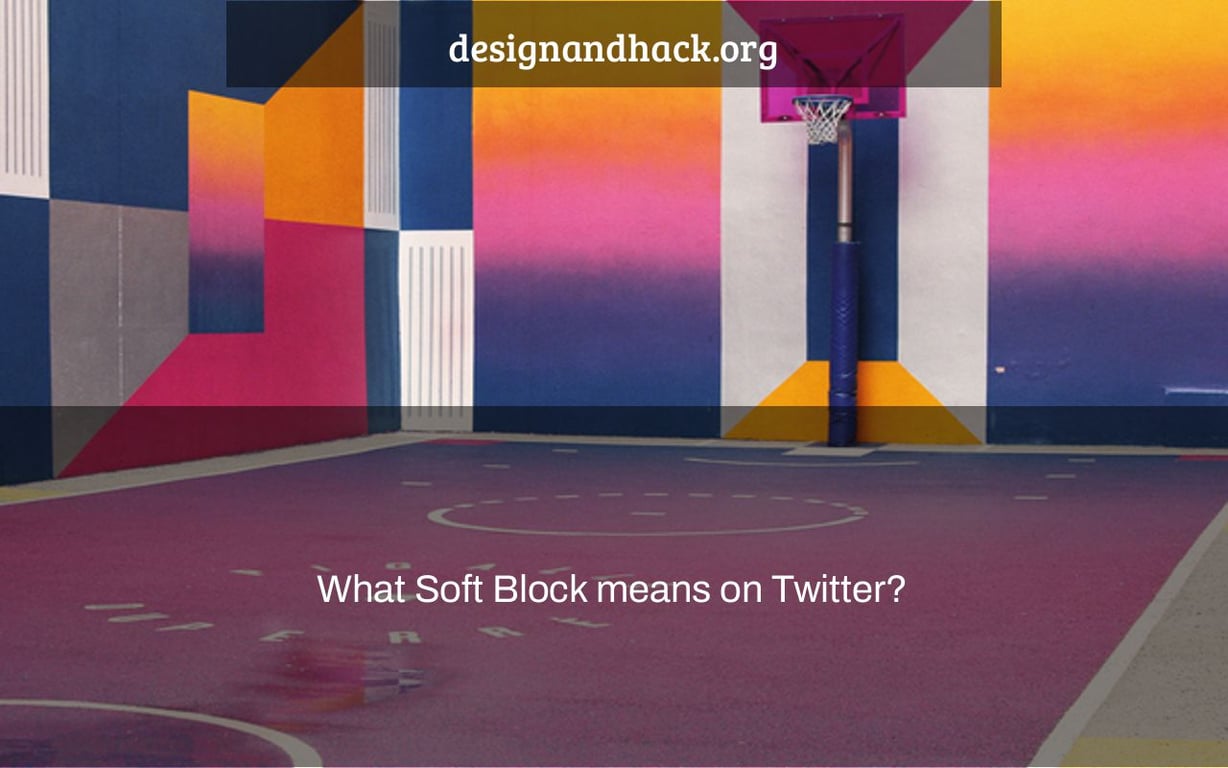 Twitter has grown into one of our generation’s most significant social media platforms. It’s developed into a source of breaking news, a platform for event announcements, and, of course, a method to interact with all of your followers.

Soft blocking is the technique of momentarily blocking and then unblocking someone to remove them as a follower without them realizing it. If you delete a following directly from Twitter, they will be notified. However, since Twitter does not notify people when they are banned, a simple act of banning and unblocking might result in the unintentional removal of a following.

Why do you want to soft block someone on Twitter?

Soft Block may assist you if you have someone following you or someone is following you but you want to eliminate them without alerting them.

When you block someone, they stop being a follower, and you can’t follow them anymore. This, on the other hand, will clearly indicate to the other person that you have blocked them.

They will be removed from your list of followers and you will no longer be following them if you unblock them immediately away. In most cases, this will go undetected on the receiving end, and even if it is, it will seem as a bug.

When you Soft Block someone, they cease to be one of your followers. They won’t be able to view or react to your private tweets any more. They will be unaware that you have removed them as a follower since Twitter does not tell users when they are blocked, but deleting someone instantly removes them as a follower. As a consequence, it’s a great way to get rid of obnoxious and inquisitive followers without their knowing.

When you block someone, what happens?

When you soft block someone, what happens?

Soft block utilizes Twitter’s blocking function to eliminate a follower without limiting access to other services, as the name indicates. It’s a form of anonymous unfollowing service that doesn’t exist on Twitter. Whether you utilize soft blocking, you may remove a follower from your account without providing them a way to see if they’ve been blocked.

However, because of the restricted functionality and viewing capabilities while visiting your Twitter profile, it is pretty evident to the other person that you have blocked them.

Whether you’re on a desktop computer or a mobile device, soft blocking someone is straightforward. Let’s have a look at the method for each gadget.

Method 1: Select ‘Remove this follower’ from the drop-down menu.

The option to “Remove this follower” was just pushed out to everyone using Twitter on the web. You may use this option to remove undesirable followers without banning them from your account. You may restrict your interactions with them on Twitter since they will no longer be able to view your tweets on their timeline.

Open Twitter.com and log in to your account to soft-block someone using the ‘Remove this follower’ option. When your account’s Home Screen opens, go to the left sidebar and click on ‘Profile.’

When your Twitter profile opens, go to the top of the page and click the ‘Followers’ option.

You’ll see a list of everyone who follows you on Twitter on the next screen. Click the ‘three-dot’ symbol next to the follower you want to unfollow.

Select the ‘Remove this follower’ option from the menu that displays.

Twitter will ask you to confirm your option in the following pop-up. To soft-block this individual, click the ‘Remove’ button.

You’ll also get notification that the person you unfollowed is no longer a Twitter follower.

Method #2: Block and then unblock someone.

Log in to Twitter.com using your preferred browser. Visit the profile of the person you want to Soft Block after you’ve logged in.

Now, beneath their profile photo, click the ‘3-dot’ menu symbol.

After the user has been banned, click the ‘3-dot’ menu symbol once again.

It’s as simple as that! The person in issue will no longer be a follower, and the other way around.

It’s worth noting that someone who has previously soft blocked you may still follow you in the future.

Open the Twitter app on your iOS device and navigate to the profile of the person you wish to block.

Tap the ‘3-dot’ menu sign in the upper right corner of your screen now.

‘Block @’ should be selected.

To confirm your decision, tap ‘Block’ one again.

Note: Do not press the undo banner if it appears at the top of your screen. In addition to being unblocked, the person will be restored as a follower of yours, and vice versa.

From the ‘3-dot’ menu icon in the upper right corner, choose ‘Unblock @person>.’

The user should now be unblocked for you and deleted from your follower list.

On the Android platform,

Go to the person’s profile you wish to ban in the Twitter app. Tap the ‘three-dot’ symbol in the upper right corner.

Choose ‘Block’ from the drop-down menu.

To confirm your decision, tap ‘Block’ one again.

Wait a few seconds after blocking the individual, then press the ‘Blocked’ symbol on their profile page.

To unblock the individual, tap ‘Yes.’

It’s as simple as that! You’ve just finished a Soft Block, and the person in question is no longer one of your followers.

We hope that this post has helped you better grasp what a Twitter Soft Block is. Please let us know if you run into any issues or have any further questions in the comments area below.

What happens when someone soft blocked you on Twitter?

A: You are blocked from following and being followed by that person. This is usually done when the other party doesnt approve of your account, or if they dont follow you back after a DM.

What does soft block to unfollow mean?

A: Soft block is also known as ghosting. It means that the person you are following on Instagram will not see your new posts, but they can still see other peoples posts from their account. They will not be notified when you unfollow them back either and wont know unless they check their follower list or search for a post where someone has unfollowed them

Why did I get soft blocked?

A: A soft block will not prevent you from using the app, but it does restrict all your access. You can still view and search for content, but any actions like creating a new account or downloading songs are unavailable to you.

How To Remove Sidebar In Divi Theme Pages? (No Coding)